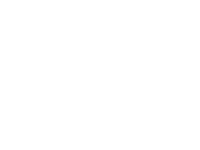 To share your memory on the wall of Johnny Latzak, sign in using one of the following options:

Born in Bulloch County, Georgia to John Sobieski Latzak and Sarah Elizabeth Snipes, and raised in Bulloch County and Savannah, Georgia, he lived the majority of his life in Greenville, Georgia.

In his early years, Mr. Latzak would work on the family farm growing tobacco. He was an Eagle Scout and semi-pro baseball player and, after graduating from Commercial High School (ROTC) in 1953, he joined the Air Force, serving his Country for four years active duty and four years in reserve. He then attended Armstrong College. He met his wife, Linda Williams, when she moved in next door to him in Savannah. They married on December 14, 1957.

After serving with the Air Force, Mr. Latzak started his business career. He didn’t spend much time working for others. Always entrepreneurial. Always thinking about different paths to success. He had several businesses across many platforms including a high-end retail furniture store, insurance agency, mortgage lending and property management.

In lieu of flowers, the family recommends donations to the Greenville Baptist Church, West Georgia Hospice Charitable
Fund or donating a Dr. Suess book to any library or child.

A graveside service was held at 3:00 PM on March 21, 2020 at the Greenville City Cemetery in Greenville, Georgia. Due to public heath concerns, a memorial service may be held at a later date.
Read Less

To send flowers to the family or plant a tree in memory of Johnny Devoe Latzak, please visit our Heartfelt Sympathies Store.

We encourage you to share your most beloved memories of Johnny here, so that the family and other loved ones can always see it. You can upload cherished photographs, or share your favorite stories, and can even comment on those shared by others.