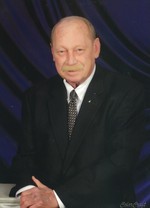 Mr. Jerry Eugene Crook, of LaGrange, passed away on August 20, 2020. He was born in Vila Rica, Georgia on March 4, 1952 to the late Max Wilburn Crook and Polly Laveda Crook. In addition to his parents, Mr. Crook is preceded in death by his brother, Danny Crook. Mr. Crook was a member of Grace Baptist Church where he served as a Deacon. Mr. Crook was a Mason.

He is survived by his wife, Jackie Dewberry Crook; his son, Jason Crook (Amanda); his siblings, Max Crook Jr. (Peggy) and Becky Crook Ross; his sister-in-law, Debbie Crook; his grandchildren, Sawyer Crook, Max Crook, Lauren Thompson, and Paul Thompson; his several nieces and nephews. Please keep the family in your thoughts and prayers as they make their way through this challenging time.

The family will receive friends at Grace Baptist Church from 2 pm until 3 pm on Sunday, August 23, 2020. The funeral will directly follow visitation hours and will be held at the church on Sunday. The committal service will be held at Piney Woods Community Cemetery in Buchanan, Georgia at 5:30 p.m. on Sunday. Pastor Donnie Benefield will officiate the services. The family has requested the following gentlemen to serve as pall bearers: Max Crook, Todd Crook, Joey Crook, Daniel Smith, Matthew Jones, and Matt Hulsey. The Deacons of Grace Baptist Church will serve as honorary pall bearers.

All rights reserved. This obituary is also archived at obittree.com