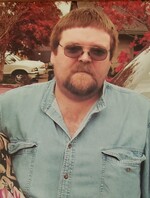 James Mark Janney, of LaGrange, passed away on April 22, 2021. He was born in LaGrange on December 2, 1963 to the late James Daniel Janney and Katie Bell Owens Janney. In addition to his parents, he is preceded in death by his first wife, Gwen McCarley Janney. He was a member of Mount Calvary Baptist Church.

Mr. Janney is survived by his wife, Lisa Swike Janney; his son, Travis Luvoyed Janney (Ashley); his daughter, Tracy Janney; his step-sons, Jacob Folds (Katie) and Joshua Folds; his grandchildren, Skylar Speer-Janney and Tyler Janney; his step-grandchildren, Chloe Folds and Samantha Folds. Please keep the family in your thoughts and prayers as they make their way through this very challenging time.

All rights reserved. This obituary is also archived at obittree.com