To share your memory on the wall of Dorothy Hunt, sign in using one of the following options:

Print
Dorothy Adair Hunt (Prince), 92, of Deatsville, Alabama died July 26, 2020 after a brief illness. She was born June 13, 1928 in Chambers County, Alabama, the daughter of William Milledge and Lula May Beall Prince.

Dorothy was a gradua... Read More
Dorothy Adair Hunt (Prince), 92, of Deatsville, Alabama died July 26, 2020 after a brief illness. She was born June 13, 1928 in Chambers County, Alabama, the daughter of William Milledge and Lula May Beall Prince.

Dorothy was a graduate of LaGrange High School and a member of Unity Baptist Church. She married Jackson Thomas Hunt on May 1st, 1952. They had been wed 40 years when he preceded her in death in 1992. Dorothy retired from Southern Bell after 37 years of service. After retirement, she took great joy in her work at the Clark-Holder Clinic in LaGrange, Georgia. She had been a resident of Deatsville, Alabama since 2012.

A private family graveside service will be held at Hillview Annex attached to Shadowlawn Cemetery in LaGrange on Tuesday, July 28, 2020 at 10 a.m. Pastor Doug Bingham will officiate the service.

To send flowers to the family or plant a tree in memory of Dorothy Adair Hunt (Prince), please visit our Heartfelt Sympathies Store.

Receive notifications about information and event scheduling for Dorothy

We encourage you to share your most beloved memories of Dorothy here, so that the family and other loved ones can always see it. You can upload cherished photographs, or share your favorite stories, and can even comment on those shared by others.

Posted Jul 27, 2020 at 12:09pm
Meemaw, may your light shine ever bright in Heaven. Sherrie, Jessica, and family, our thoughts and prayers are with you. We love you all dearly.

Posted Jul 27, 2020 at 08:08am
What a beautiful lady and such an inspiration to me as a young woman. I am thankful to have known her.
Joyce Upchurch
Comment Share
Share via: 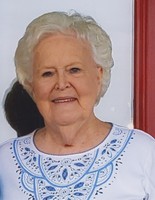 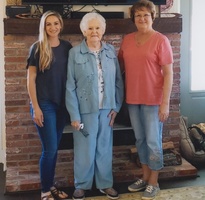 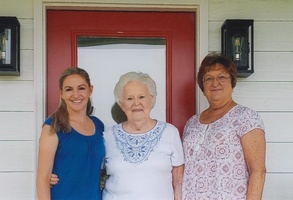