To share your memory on the wall of Donald Hendrix, sign in using one of the following options:

Don was a star athlete at Manchester High School. His love for sports led him to his career as a coach. Upon graduation from the University of Georgia, he became an assistant coach at Washington-Wilkes High School. After three years, he accepted the position as head football coach at Hogansville High School. During his 31 years at HHS, in addition to football, he coached girls basketball, girls softball, baseball, track and tennis. He won numerous area and regional championships in football, basketball and softball. He was most proud of the work ethic he instilled in his players. When Callaway High School was established, he became the Athletic Director until his retirement in 1998.

He was on the Board of the Georgia Athletic Coaches Association for 33 years and the Georgia High School Association Athletic Appeals Board for 31 years. He loved music, fishing, playing golf and dancing. He was most grateful for the many people that he met and friendships that he made through sports and his pastimes.

A celebration of life will be held on Saturday, July 11, 2020 at 3:00 pm at Hendrix Stadium, 611 East Main Street, Hogansville. Due to COVID-19, the family request those attending the service wear mask and practice social distancing.

In lieu of flowers, donations may be made to the Callaway High School Athletics General Fund, 221 Whitfield Road, Hogansville, Georgia, 30230.

Online condolences may be sent to the family at www.higginslagrangechapel.com. Higgins Funeral Home.
Read Less

To send flowers to the family or plant a tree in memory of Donald Columbus Hendrix, please visit our Heartfelt Sympathies Store.

Receive notifications about information and event scheduling for Donald

There are no events scheduled. You can still show your support by sending flowers directly to the family, or planting a memorial tree in memory of Donald Columbus Hendrix.
Visit the Heartfelt Sympathies Store

We encourage you to share your most beloved memories of Donald here, so that the family and other loved ones can always see it. You can upload cherished photographs, or share your favorite stories, and can even comment on those shared by others.

My deepest sympathy to the family of Donald. We grew up together and he was constantly at my house or me at his house. He was a great friend all the growing up years and we kept in touch in the meantime. I always took pride in pointing out to my son the record of Donald during his coaching years. As a youngster he was an early riser and would come by my house early in the morning, most mornings, and toss peebles at my window on the second floor to get me up. That way he would not disturb the rest of my family. Then, he and I would go about doing what most young boys do, and that usually involved a ball of some type. I was not informed of his passing away until Tuesday after his memorial. Otherwise I certainly would have been in attendance. My heartfelt condolences and sympathy to his family. I do regret not having stayed in closer contact with Donald over the years. He was a great friend and it will be difficult realizing he is no longer with us.
Comment Share
Share via:
MY

Posted Jul 06, 2020 at 05:10pm
So sorry to hear of Don's passing. He was a good man and friend. Prayers to the family. Mike and Bev Yeager
Comment Share
Share via:
C

Posted Jul 06, 2020 at 05:05pm
May you RIP Don!! We will love you always!! Cassie and family, Freddie and I are heart broken over the loss of Don. He and Freddie have been friends for so very many years and he treasures those years of friendship! Our Thursday night dinners will never be the same without him. We are praying that God will wrap his arms around Cassie and the Family and give you all peace and comfort during this sad time.
Comment Share
Share via:
BL 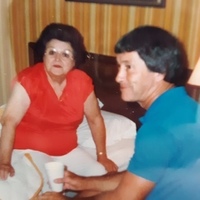 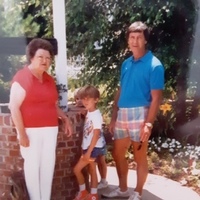 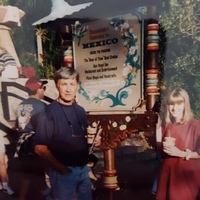 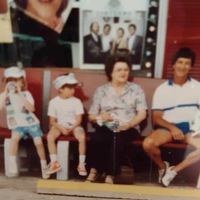