To share your memory on the wall of David Frye, sign in using one of the following options:

Dave graduated from Johnstown High School in 1975 and was awarded a full Army ROTC scholarship applicable to any U.S. college with an Army ROTC program. He chose to attend Indiana University of Pennsylvania (where he was a Distinguished Alumnus) and earned a B.A. in Criminology. While an undergraduate, he earned EMT and Paramedic certifications and was actively involved in Citizens’ Ambulance Service in Indiana, PA, and in his hometown neighborhood Westwood Volunteer Fire Company, where he was appointed Lieutenant. He went on to earn an M.S.S.M in Systems Management from the University of Southern California, an M.S. in Industrial Engineering from Georgia Institute of Technology, and a Ph.D. in Systems Engineering from Georgia Institute of Technology, as well as a Diploma in Military Arts and Sciences from the U.S. Army Command and General Staff College.

Dave was commissioned as an officer in the U.S. Army in 1979 and retired as a Major in 1995 after assignments as an operations research analyst, assistant professor, military police officer, and communications officer, including a deployment to the Republic of Korea, where his father had served in the 1950s. He was a faculty member at the U.S. Military Academy West Point in the Department of Systems Engineering from 1989-1992. His career outside the Army included positions at Draper and Associates, Manugistics, Southern Polytechnic State University, and Lockheed Martin, where he retired in 2019 as a Senior Staff Engineer after 22 years of service.

While his education and career are impressive, his dedication and love for his family will highlight the memories of those close to him. He coached his sons in youth sports, guided both boys to earn Eagle Scout status, and cherished the time with them and their families, especially his grandchildren. While many miles often separated him physically from his loved ones, he was usually the first to call, text, email, or video chat with them in their time of need or just to keep in touch. In particular, he called his mother daily for many years and mailed her packages of books, music CDs, and free hotel shampoos and coffee packets to lift her spirits. His interests and hobbies included a passion for baseball that began with a deep admiration for Roberto Clemente, as well as science fiction, astronomy, film noir, and his beloved dogs, Belle and Oakley. Dave will be greatly missed by his former colleagues, his many friends, and his family, especially his devoted wife, Linda.

Graveside services will be held at 9:00 AM on Monday, August 3, 2020 at the Meadoway Gardens Cemetery. A reception will follow at Rosemont Baptist Church. In lieu of flowers, donations may be made to the Wounded Warrior Project. Use the link below to donate. The service will be live streamed at

To send flowers to the family or plant a tree in memory of David Carl Frye, please visit our Heartfelt Sympathies Store.

Receive notifications about information and event scheduling for David

There are no events scheduled. You can still show your support by sending flowers directly to the family, or planting a memorial tree in memory of David Carl Frye.
Visit the Heartfelt Sympathies Store

We encourage you to share your most beloved memories of David here, so that the family and other loved ones can always see it. You can upload cherished photographs, or share your favorite stories, and can even comment on those shared by others.

Posted Aug 03, 2020 at 05:17pm
Spent many a nights on call at Citizens Ambulance Service and taking many calls and trips with Dave. He was always great for a laugh to break the stress but, when he needed to be serious, he was a great and reliable paramedic who always kept his cool and delivered top notch patient care. Thankful to have reconnected these past few years on Facebook and met his family remotely. Dave, you will certainly be missed. Deepest sympathies to your family.
Comment Share
Share via:
RP

Posted Aug 01, 2020 at 06:08pm
Linda,
We just want you to know how terribly sorry we are that Dave has gone. He was such a special person and a wonderful friend, husband and dad. I feel so bad I hadn’t touched base recently as I would have loved to hear his voice and traded good natured barbs one last time. Please know that he and you will be in our prayers. Carol and I will miss him very much. God bless you.
Comment Share
Share via:
JM

Posted Aug 01, 2020 at 03:43pm
Linda, My heart aches for you. The Army allowed our paths to cross in Korea and West Point, and we maintained our friendship over the years. I will never forget his smile and his laugh. Both would light up the room. He loved his family, and whenever we would get together, he would start by bringing me up to speed with the Frye family. Everybody should be fortunate enough to have a friend like Dave. My life is much richer because of him. My prayers are with you. Nancy and I send our love. Jay Moughon
Comment Share
Share via:
ST

Posted Jul 30, 2020 at 11:03pm
I have so many memories of visits to see Dave and Linda and the boys. I especially loved spending time at basketball games or talking about the Steelers.
Comment Share
Share via:
PB

Posted Jul 30, 2020 at 01:39pm
Our love and prayers will be with the family of David Frye during this time. The Paul Bishop Family
Comment Share
Share via: 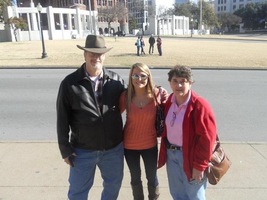 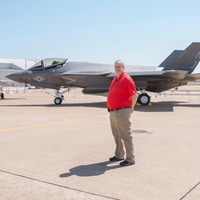 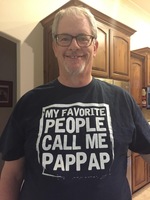