To share your memory on the wall of Billy Morris, sign in using one of the following options:

Print
All funeral arrangements for the families we serve are being handled now from one location, the historic and restored Hunter Allen Myhand Building, 506 Hill Street, LaGrange, Georgia, 30240.

Higgins Funeral Home at Hunter Allen Myhand
All funeral arrangements for the families we serve are being handled now from one location, the historic and restored Hunter Allen Myhand Building, 506 Hill Street, LaGrange, Georgia, 30240.


Mr. Billy Leon "Lee" Morris, age 79, of Valley, Alabama, passed away on June 23, 2020 at the WellStar West Georgia Medical Center. Mr. Morris was born on March 2, 1941 in LaGrange to the late Albert Dewitt Morris and Winnie Hunt Herndon. In addition to his parents, he was preceded in death by his sisters, Joan Allen and Marion “Jitt” Winters and a son, Larry Wayne Fulghum. He was a self-employed Musician for most of his life. Lee was a Nashville recording artist and also a very successful song writer. His songs were recorded by musicians such as Waylon Jennings, Jerry Lee and Mickey Gilley. Many of these recordings went Gold. Lee was the President of The Sound Lab Recording Studio in Nashville on Music Row. He was a record producer and was signed with the famous Tree Publishing as a staff writer by Buddy Killen. Tree is now owned by Sony Records. Lee was also signed with ASCAP Publishing. With many songs that he had written and recorded, he still had hundreds sitting on a table, in a box, on a laptop and at his studio. A true legend before his time.

Funeral services will be held on Saturday, June 27, 2020 at 11:00 am at the Higgins Funeral Home at Hunter Allen Myhand, 506 Hill Street in LaGrange with Rev. Alex Montgomery and Rev. Robert Longshore officiating. Family will receive friends on Saturday at the funeral home from 10:00 am until service hour. Interment will follow at Restlawn Memory Gardens with social distancing honored at each event. Pallbearers for the service will be Michael Gay, Jason Wallace, Jim Roberts, Gary Maxwell, James Jabley and Jeffery Driver. Honorary pallbearers will be Dean Winters, Ritchie Alves, Ken Hatley and Pat Holt. In addition to the times listed above, the family will be at the home of his daughter, Diane Morris, 139 Cedar Ridge Drive, LaGrange, Georgia, 30241. Online condolences may be sent to the family at www.higginslagangechapel.com.

To send flowers to the family or plant a tree in memory of Billy Leon "Lee" Morris, please visit our Heartfelt Sympathies Store.

Receive notifications about information and event scheduling for Billy

We encourage you to share your most beloved memories of Billy here, so that the family and other loved ones can always see it. You can upload cherished photographs, or share your favorite stories, and can even comment on those shared by others.

Tim and Maria Robinson and Ron and Cathy Hunt sent flowers to the family of Billy Leon "Lee" Morris.
Show you care by sending flowers

Posted Jul 07, 2020 at 09:56pm
Lee was a super nice guy and great musician. I was lucky to know him. I am sure he will be missed by many including myself. George G. Daniel
Comment Share
Share via:
G

Praying for the family.

Tim and Maria Robinson purchased flowers and planted a memorial tree for the family of Billy Morris. Send Flowers

Posted Jun 25, 2020 at 01:54pm
My deepest Sympathy Vicki, Dianne, Teresa and for all of Lees Family. I pray that God will touch each of you with His Comfort and Peace.
Glen Vaughn Nashville, Tn

KJV JOHN 14; 27-- PEACE I LEAVE WITH YOU , MY PEACE I GIVE UNTO YOU, NOT AS THE WORLD GIVETH, GIVE I UNTO YOU .
LET NOT YOUR HEART BE TROUBLED NEITHER LET IT BE AFRAID.
Comment Share
Share via: 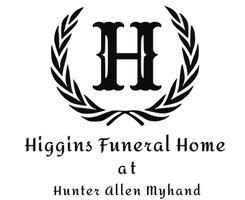 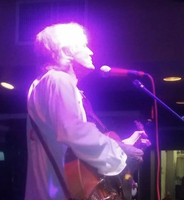 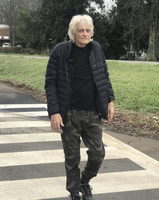